Connor Gibbs
Our Last Journey
• written for Marimba and Brass Sextet; 6' 00"
Trumpet  / Horn (F) / 2 Trombones / Euphonium / Tuba
Our Last Journey presents a difficult, life-ending journey that sets its participants into fear. Their leader presents a speech, as told by the second trumpet’s melody in the opening, which energizes their possibly final excursion. Through emotions and battles, the piece lunges forward with calls to three main themes, faster tempi, and time signature shifts which lean back and forth from stability. Half-way through the piece, a fanfare from the horn and trombones help push the journey along into final efforts and a grim look toward the future on a final cadence on a thick B-flat minor chord. 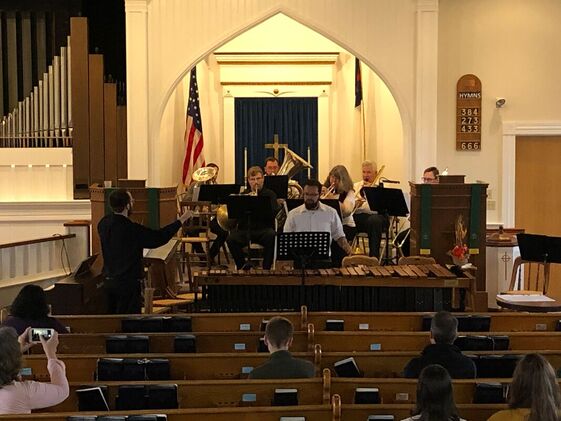